< Solar News
Tesla Motors was once a company that sold solely luxury electric cars, but its founder has set his sights on the creation of a full-throttle home energy solution. The company’s expansion into energy storage and solar power has been heralded by the unveiling of a new division: Tesla Energy.

At the center of Tesla’s solar business is the exciting Solar Roof product. The most recent news coming out surrounding the Tesla Solar Roof is much of the same, with a new glimmer of hope. According to a Bloomberg report, work at their Buffalo Gigafactory is accelerating with the implementation of 24/7 operating hours and about 80 employees per shift working solely on Solar Roof tiles. The company is currently working on about 11,000 orders for the Solar Roof that it has received up through May 2018. While not perfect news, those solar shoppers looking to install a Tesla Solar Roof after all this waiting can see a faint light at the end of the tunnel. Tesla hasn’t given specific production estimates for the solar shingles, but several reports say that they have worked out major manufacturing problems that previously held them back. The company’s SVP of Energy Operations, Sanjay Shah, says Tesla is gearing up for the Solar Roof side of their business to see “tremendous growth in 2019”.

Tesla started accepting deposits to reserve solar roof installations in May, 2017. In January, 2018, the company announced that they are ramping up production of the roof at their Buffalo Gigafactory. They also revealed that they are beginning installations for customers at the top of their wait list in early 2018, about six months delayed from their initial estimate. Elon Musk revealed in August 2017 that he and another Tesla executive have already had the roof installed on their respective properties. While the company had stated that they have begun installations for their waitlist, it was unclear when Tesla will be installing the roof at a national, mass-market scale. In August 2018, only 12 solar roofs had been installed in California, the leading solar market in the country. Tesla blamed the slow rollout of the solar roof on production issues at their Buffalo Gigafactory. Some estimates would suggest that large-scale installation wouldn’t commence until late 2018 or early 2019. September 2018 brought more news coverage, this time a report that we may not see solar roofs widely installed for a long time. According to CNBC, Musk said there is more time to take to make sure all of the details and production estimates for the tiles are spot-on. “There’s only so much accelerated life testing that you do on a roof. So before we can deploy it to a large number of houses we need to make sure that it’s that all elements of the roof are going to last for at least three decades,” said Musk in a summer 2018 meeting. Unfortunately, the statement lacked commitment, let alone a clear timeline. The company has also released basic pricing information: customers can expect to pay around $21.85 per square foot for their solar roof.  To compare the cost of the Tesla Solar Roof to a traditional solar system, check out our price comparison of Tesla’s solar roof vs. traditional panels.

Will Tesla Energy be selling solar panels in addition to the roof?

Tesla has also revealed a standard solar panel product that it began producing in 2017 in addition to its solar roof – a black Panasonic solar panel with no mounting apparatus. Elon Musk, Tesla’s CEO and founder, has long made clear his dream of a complete, unified clean power solution. The South African billionaire’s latest business concept sounds an awful lot like a utility: it’s a company that will provide energy to the public. However, with Tesla Energy, we’re witnessing the launch of a first-of-its-kind utility that sells a zero carbon distributed energy solution with a shiny, sleek brand to back it up. Here’s everything that Tesla Energy represents today and what you should expect from the clean energy behemoth in the future.

In 2015, Tesla made its first entry into home energy when the company unveiled its Powerwall energy storage product. Tesla’s Powerwall strategy was similar to that of its electric vehicle line: take a technology that has already existed for many years and rebrand it with a sleek touch to bring in the luxury home consumer audience. Some call it the “Elon Musk effect” – a 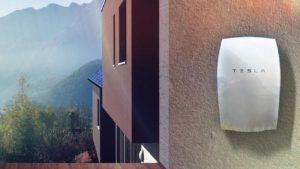 sort of Midas touch for reenvisioning product design. Whatever it is, it’s certainly working for the Powerwall and Powerpack products, which serve the residential and commercial markets and allow Tesla to provide energy storage from the small home to large utility-scale level. There is one thing about which electric vehicle owners and solar panels owners frequently fret: whether or not they’ll have enough power to meet their energy needs. In terms of electric vehicles, the batteries found in Tesla’s EVs dismissed the belief that non-gasoline automobiles are “limited” by a short range of distance.  Tesla’s home battery products are having a similar effect for solar. Instead of wondering what to do at nighttime when the sun isn’t shining and solar panels can’t produce power, homeowners with solar are installing Powerwalls to add backup energy storage on-site.

Solar PV system owners can still push to and pull from the grid when their panels are overproducing or not producing at all (better known as net-metering). However, for the true off-grid enthusiast, this is a compromise. For a genuine clean power utility to exist, battery storage has to be robust enough to make clean energy a solution that is completely independent of the electric grid. The Powerwall is certainly the consumer favorite for the solar battery market in 2018 and the recently launched Powerwall 2.0 brought the cost down to $5,500. It should be no surprise that Tesla’s next move was the expansion into the solar industry, where its loyalists have been waiting for a rooftop solar product that comes branded with a shiny red Tesla T.

Tesla home: how the SolarCity merger changed the brand

There’s a major difference between what Tesla Energy can offer you today and what their brand has promised for the future. The former is a dynamic combination of luxury electric vehicles with home energy storage that can be paired with a solar panel system – not a Tesla solar roof, but a traditional rooftop solar installation. The latter, however, offers a complete disruption of the energy market as we know it today. For many years, buying electricity has been the following consumer process that offers little choice or agency: find out which one or two utilities serve your area and sign up under whatever rate they are offering today. Under the “no boundaries” leadership of Elon Musk, the Tesla brand is trying to become the first company to truly offer an alternative to the modern day utility. You could even say Elon Musk wants Tesla to become the modern-day energy company and re-frame traditional energy companies as fossil fuel utilities. 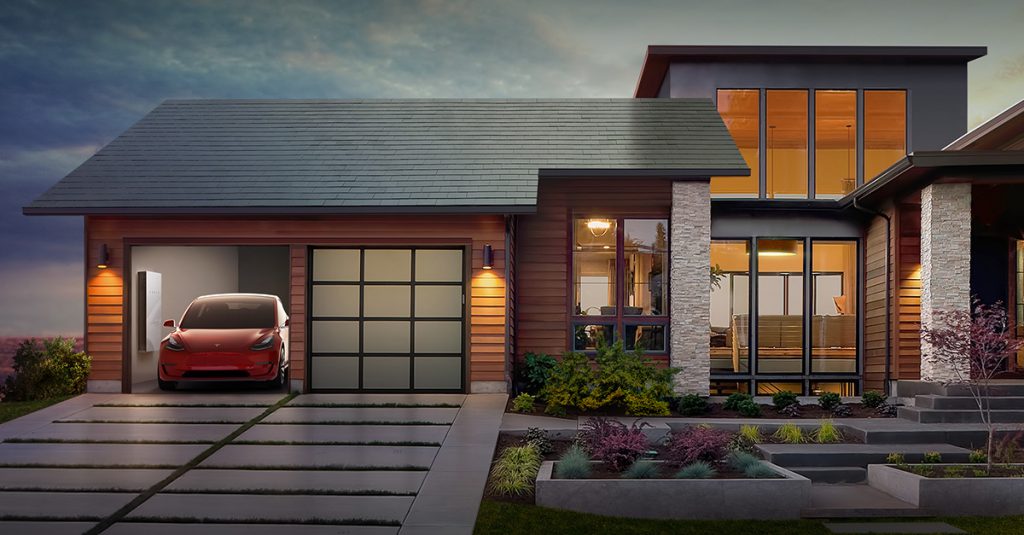 Musk’s dream for an all-in-one sustainable solution took the spotlight in late 2016 when Tesla acquired one of Musk’s other ventures: top U.S. solar installer SolarCity. Thanks to this new asset and a partnership with premium solar panel manufacturer Panasonic, Tesla is now poised to bring its solar business to scale quickly and thousands are already lining up to buy the solar roof. Though Tesla had already been serving the energy market since 2015, the much-anticipated launch of its solar roof product following a highly publicized merger with SolarCity seemed to be the tipping point. Tesla has drawn a worldwide audience for its latest move into solar and with the official renaming of its brand as Tesla Energy, people are beginning to understand the trajectory of the former clean auto behemoth.

Elon Musk is attempting to do two things with Tesla Energy: expand into new industries and attract a broader range of buyers. In the world of clean cars, Tesla is entering the affordable electric car market with the near release of its Tesla Model 3. The newest Tesla model is expected to cost somewhere in the $35,000 range, which would attract thousands of buyers that would never otherwise pay the big price tag for a Tesla car. In solar, Musk has argued that the Tesla solar roof will cost less than a typical roof replacement – a bold claim for a high-tech product. But if Tesla is truly able to offer their illustrious roof at an affordable cost that can compete with prices for rooftop solar systems in the U.S., their influence on solar will be unprecedented. In addition, Tesla is investing big into self-driving cars and artificial intelligence in what could be a future expansion into ride share (Uber and Lyft). Though it is unclear if this long list of growth strategies will be feasible and capital-efficient, we know what Musk aims to do: take on utilities and reinvent what it means to buy electricity in 2018.

Next steps for clean energy enthusiasts

For those considering a Tesla car, check out our take on costs and comparisons of Tesla’s complete car line. For those interested in a solar panel installation to potentially be paired with an electric vehicle or Tesla Powerwall, check out the EnergySage Solar Marketplace to get competing quotes from installers near you. For a quick estimate for the suitability of your roof for solar and what solar would cost you, try our Solar Calculator. For those looking for more information, here are some good resources to read:

Tesla Solar Roof: the complete review
The Tesla roof: when will it be available and should you…
Solar shingles: what you need to know
How to find the most efficient solar panels on the market
A guide to solar panels for home