In the continuing quest for the most efficient solar panels, a new technology has emerged as the potential future of photovoltaic technology: perovskite solar cells.

What is a perovskite solar cell?

Perovskite solar cells are a type of thin-film solar cell made from a class of man-made materials called perovskites. Perovskites are a different material than the silicon wafers that make up traditional solar panels – they have a unique crystallographic structure that makes them highly effective at converting photons of light from the sun into usable electricity. Perovskite solar cells are potentially a high-efficiency, low-cost solar technology, and could be a future replacement for traditional silicon solar panels.

How do perovskites work?

A “perovskite” is any material that has the same crystal structure as the compound calcium titanium oxide. Solar cells made with perovskites work in a similar fashion to traditional solar panels – a semiconductor absorbs solar energy and initiates a flow of electrons, which is captured by wiring and converted into usable electricity.

Another advantage of perovskite solar cells is that they are based on a man-made material that can be produced at a low cost. Standard solar PV cells are made with crystalline silicon, which has to be extracted from the earth and processed before it can be used to make high-quality solar cells. Perovskite cells are made through a process called “solution processing” which is the same practice used when printing out newspapers.

Thanks to solution processing, perovskite manufacturing is highly scalable, and production costs have the potential to be very low compared to other solar panel technologies. Lower production costs translate to low costs for consumers looking to go solar, and lowering the cost of installing solar makes it easier for anyone to take advantage of solar energy.

Like other thin-film technologies, perovskite solar cells have unique properties that make them attractive for reasons beyond their low-cost potential and energy production capabilities. Thin-film panels are typically flexible, lightweight, and semi-transparent. From a design perspective, this makes perovskites highly appealing, as they appear much lower-profile than traditional silicon solar panels and can be incorporated into parts of buildings besides just the roof. Additionally, their lightweight nature means less physical stress on roofs, walls, or wherever they may be installed.

The National Renewable Energy Laboratory (NREL) has invested significantly in research about perovskites. Check out what NREL has to say about this exciting new technology: 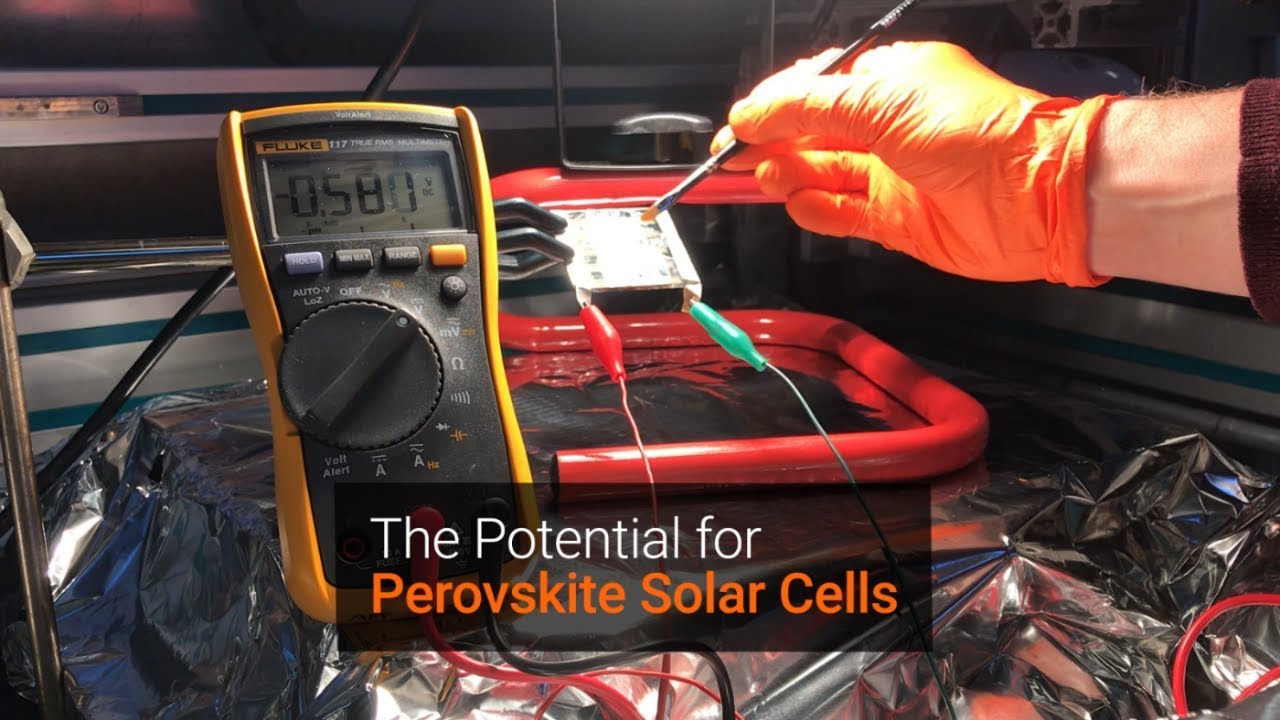 Perovskite solar cells are still in the research phase, but are showing interesting upsides

Like any technology, perovskite solar cells need to be perfected and proven in the laboratory before they become available to the general public. Perovskites are currently still in the development phase as scientists try to work out the roadblocks to the technology becoming widely available. Some issues that still need lab time to fix are the toxicity of cell components and the durability of the solar cells. Specifically, a toxic substance called Pbl is produced when perovskite breaks down, and there are some concerns that it may be carcinogenic as well.

We may still see perovskite solar cells become available in the near future. It has taken over 60 years of development and improvements for consumers to be able to purchase silicon solar cells with efficiencies over 20 percent, and perovskites have already reached those numbers in the laboratory. At the current rate of progress, some scientists predict that perovskites will be ready for solar installations within several years.

Another potential product that may emerge from perovskite research is a combination of solar technologies, known as a “tandem cell“. This technology may involve perovskites combined with traditional silicon or CIGS cells to create a compound solar cell with benefits from both types of photovoltaic technology, and the capability to produce even more energy.

Although perovskite solar cells aren’t available now, there are high-efficiency solar panel options available to homeowners at competitive prices. Companies like Sunpower and Panasonic offer silicon solar panels with efficiencies over 20 percent, and improvements in silicon cell technology are being made constantly.

If you are interested in a solar energy system with high-efficiency panels for your home, the EnergySage Solar Marketplace is the best place to start soliciting and comparing solar quotes. When you join the marketplace, reputable, pre-screened solar companies can submit quotes to install solar on your property. If you are interested in high-efficiency panel options, simply leave a note on your profile for installers to see.

2023 expert guide to solar panels for homes
How do photovoltaic cells work?
Solar shingles: what you need to know
What are the most efficient solar panels? Top Brands in 2023
How do solar panels work?